On the upward curve of evolution, new ideas pop up all the time. As a result, reviewing two similarly priced smartphones rarely results in an overly boring comparison. These two contenders couldn't be any more different when it comes to their use of integrated cameras.

Both phones sport a front facing camera. You get a 1.3MP camera with the EVO 3D and a 0.3MP sensor in the Photon 4G.

The rear cameras in these two phones differ by more than just megapixel count. While the Photon sports a fairly standard 8MP sensor, the EVO 3D uses a pair of 5MP sensors to enable 3D capture. Supplementing the twin camera sensors is a S-LCD panel behind a parallax barrier, allowing for a glasses-free 3D effect. 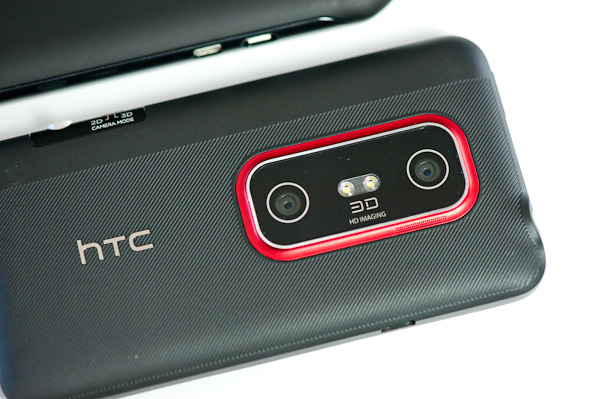 A parallax barrier is a fixed element placed between the user and the LCD panel. The barrier forces your eyes to see different pixels. When the image displayed is a standard 2D image, everything looks normal. Each eye only gets to see half the display resolution but together you get the full picture.

If you use the half of the pixels shown to the user's left eye to display one image, and the other half to display another you can create the illusion of depth. This works along the same principle of 3D glasses where each eye is shown a different image, but instead of relying on headgear to show your eyes different images you rely on the parallax barrier.

Unlike 3D glasses however, a parallax barrier doesn't move with your head - it moves with the device. In other words, the 3D effect will only be visible at a very specific distance between the screen and your eyes. For 3D images, the total resolution is half the screen resolution since each eye only sees part of the picture.

While I'm not a fan of 3D displays in general, there's a compelling argument you can make for having 3D in a phone. Being able to both capture and display 3D content on a single device that you can easily show others is a lot easier of a sell than forcing people to wear glasses or run out and buy a special display. I often share photos with others on my phone and if the 3D effect was compelling enough, I could absolutely see myself doing the same with a 3D phone.

How does the EVO 3D fare? Surprisingly well once you nail down the right viewing distance. If you hold the phone too close to your face you get an effect that resembles a cheese holographic sticker. I started by keeping the phone as far away from me as possible and brought it closer until the image clicked.

The parallax barrier still relies on tricking your eyes into seeing depth, and as a result there is eye strain. When viewing still images it's not too big a deal since you don't have to stare at a single image for all that long. Watching videos is more painful. In either case I noticed the eye strain and it didn't feel good.

Just like 2D images, capturing 3D stills works best when you've got a steady hand and a lot of light. Given the right conditions, the effect is impressive (you'll need a 3D display and/or glasses to view these).

When you take a 3D photo you actually store the data for three images: a full resolution image, the data for the left eye and the data for the right eye. Images shot in 3D are stored as .MPO files. When you share a 3D image you have the choice of sending/uploading a .MPO file or a 2D JPEG. You can't zoom into a 3D image, doing so immediately triggers a switch to the 2D version.

Does the 3D camera give the EVO an edge over the Photon? I don't believe so, but I won't complain that the feature is there.

How do the two cameras stack up in 2D mode? It's pretty simple really. The Photon produces sharper images, while the EVO delivers more saturated/vibrant images. The Photon is probably closer to reality while the EVO's output is likely more appealing to the general consumer. 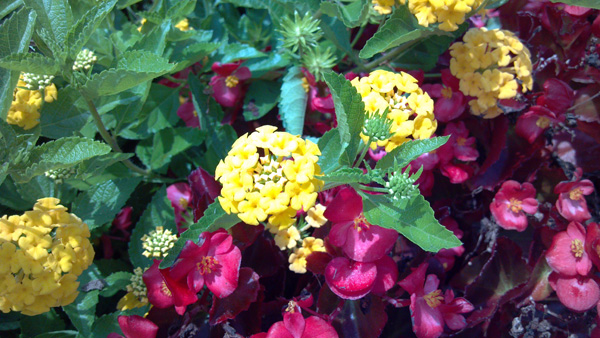 At full resolution you notice the sharpness advantage of the Photon. Outdoors the Photon tends to mute bright days, while the EVO 3D blows out most highlights. Indoors the Photon does well, but its auto white balance seems off. The perfect camera would be somewhere in between the two in my opinion. 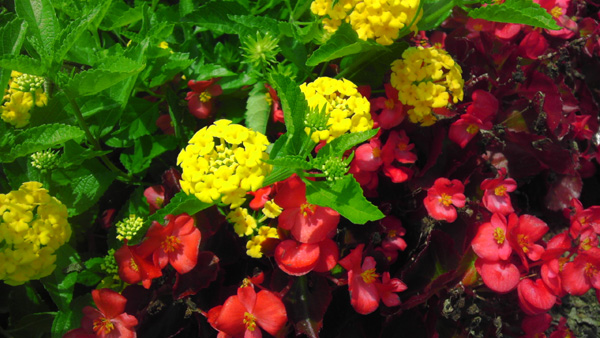 As far as camera apps go, I prefer HTC's. You get more options such as configurable review duration as well as a self timer. Both apps take a similar amount of time to launch, although HTC's is much quicker to switch between still and video modes. The EVO 3D's app also supports tap to focus whereas you have to drag the focus box around on the Photon.

Overall the Photon produces better images while the EVO 3D has a better camera app and produces more punchy (although oversaturated) images. If you just share photos on Facebook or keep them on your phone, the EVO 3D probably has the better camera. If you do anything beyond that the Photon takes the win. The EVO's 3D camera system is neat, but not enough to make up for its shortcomings in the sharpness department.

It makes sense when you think about it. Both phones have to sell for the same price, yet the EVO 3D's bill of materials calls for two rear camera sensors. You get two lower quality sensors as a result.

The Photon's advantage translates into videos as well, although in motion it's not as pronounced: