I remember standing in the audience of Samsung's CTIA press conference as it announced, for the first time ever, pricing and availability of its unreleased Galaxy Tab 10.1 and 8.9 before shipping. The smartphone (and early tablet) industries have gone this long without having to really compete based on price, mostly because in North America the carriers subsidize much of the cost. If every device costs $199 under contract, why get carried away with details like how much it actually costs?

The Galaxy Tab however was playing in a different space. While Apple ultimately caved to the pressures of carrier subsidies with the iPhone, the iPad remains completely unsubsidized and its followers buy it by the millions. The magical price point is $499 and it was at Samsung's CTIA press conference that it announced it would be matching Apple's $499 price point, and even dropping slightly below it for the 8.9-inch version.

At the time it seemed like a bold move, enough to give Honeycomb the fighting chance it needed. The Galaxy Tab would be thinner and lighter than the iPad 2 but competitively priced as well. This wouldn't be another Xoom. 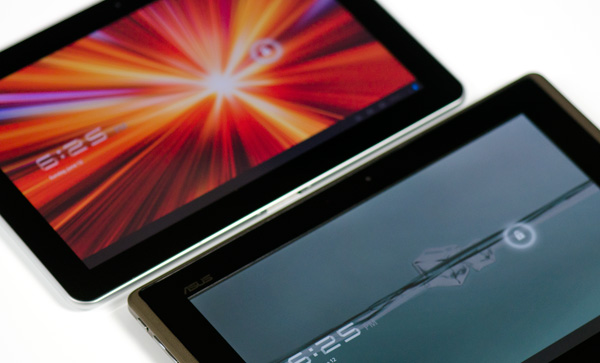 Then ASUS showed up. At $399, the Eee Pad Transformer not only offered a different usage model to the iPad and Galaxy Tab, it brought a lower price tag as well. Availability has been slim thanks to component shortages, but with the Eee Pad selling for $399 the Galaxy Tab at $499 all of the sudden seems overpriced.

Based on specs alone you'd be right. Samsung's Galaxy Tab 10.1 has the same NVIDIA Tegra 2 tablet SoC inside,

1GB of LPDDR2 and 16GB of NAND on-board. You get a 10.1-inch 1280 x 800 PLS display and 802.11n WiFi support. It's worth pointing out that we're now well into the month of June and NVIDIA continues to be the only SoC vendor shipping in Honeycomb tablets. Samsung originally had plans to ship its own Exynos SoC in the Galaxy Tab but Tegra 2 remains the port of choice for all Honeycomb vendors at this point. Whether or not NVIDIA can win twice in a row with Ice Cream Sandwich later this year remains to be seen.

Where Samsung gives you something more for your money is in build quality and form factor. While Eee Pad Transformer feels surprisingly good for a cost reduced tablet, it doesn't feel nearly as slim or portable as the Galaxy Tab 10.1. It's no wonder Samsung went back to the drawing board on this one, the result is something that in many ways feels better than the iPad 2. 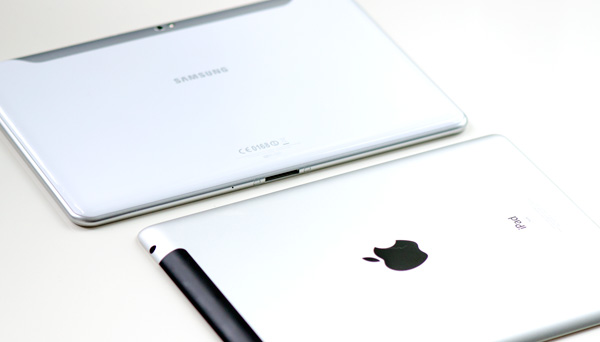 Apple still gets the nod in terms of quality of materials. The aluminum back of the iPad 2 is unbeatable. The Galaxy Tab 10.1 however feels lighter, a bit more rugged (I'm less concerned about scratching plastic than I am marring aluminum) and a little more comfortable to hold as a result. Against the Eee Pad there's no competition. I can live with the Eee Pad, but I much prefer the feel of the Galaxy Tab 10.1. The new Tab just feels like a device from this year - a compliment that, until now, I had only given to Apple. 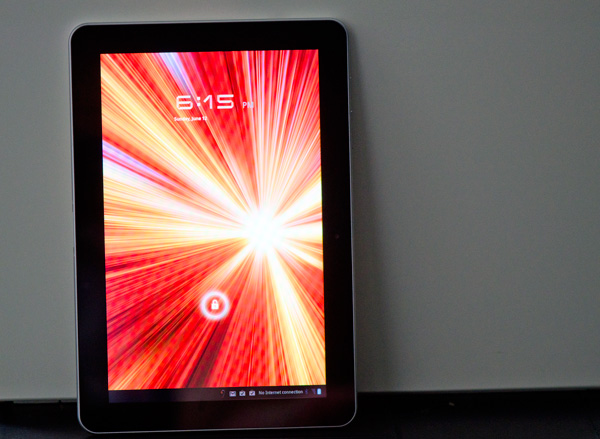 The Galaxy Tab 10.1 measures just 8.6mm thick, 0.2mm thinner than the iPad 2. To be honest you really can't tell the difference, both devices feel thin. Ever after holding them back to back it's near impossible to tell that Samsung has built a thinner device. The most tangible difference in feel is the weight, not just in overall mass but in terms of weight distribution. The Galaxy Tab seems to carry the weight a bit better than the iPad, a bit more evenly.