Lately we’ve been working on expanding our GPU coverage to include more GPUs that are only sold as part of a package. Up until now we’ve mostly focused on 4 classes of GPUs: Desktop, Mobile/IGP, High Performance Computing (HPC), and we’ve spent some time dabbling with System on a Chip (SoC) GPUs for smartphones/tablets/netbooks. This range of products mostly covers the different GPUs seen in consumer products and in commercial supercomputing, but there is still a large gap in there for non-consumer business uses. This is the embedded market, and today we’re expanding our GPU coverage to include those GPUs.

Kicking off our coverage of embedded GPUs is AMD’s Radeon E6760, which is launching today. The E6760 is the latest and greatest AMD embedded video card, utilizing the Turks GPU (6600/6700M) from AMD’s value lineup. The E6760 isn’t a product most of us will be buying directly, but if AMD has it their way it’s a product a lot of us will be seeing in action in the years to come in embedded devices.

As we mentioned previously, the E6760 is based on the Turks GPU. Specifically, AMD’s embedded video cards are based on their mobile products, so the E6760 is derived from the 6700M series both in performance and naming. For the sake of consistency we’re going to be referring to the E6760 as a video card – AMD refers to it as a GPU, but this confuses the product (processor + RAM on a MCM package) with the fact that normally just the graphics processor is referred to as the GPU. 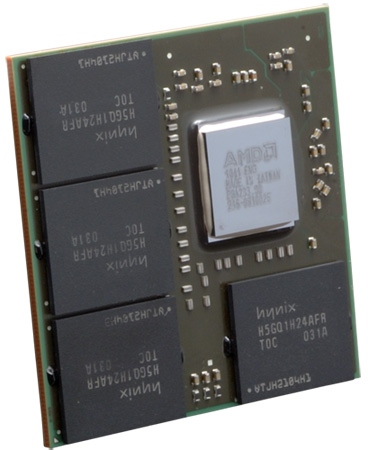 The E6760 replaces the RV730 based E4690 (4600/4600M) as AMD’s top of the line embedded video card, which at a couple of generations old makes the E6760 a bigger step up than we normally see in the desktop/mobile space; on top of 50% more SPs, it has all of the architectural enhancements from the Radeon 5000 and 6000 series.  Utilizing a fully enabled Turks GPU with a core clock of 600MHz and a memory clock of 800MHz (3.2GHz data rate), in terms of performance the E6760 is effectively a 6750M suitable for soldering directly onto a motherboard, or in comparison to desktop parts it performs closely to a 6750 with significantly lower power consumption. The TDP of the card is 35W, owing to its mobile heritage. This includes the 1GB of GDDR5 on the MCM package.

If you’re wondering why AMD is only now replacing the E4690, this is due to the nature of the embedded market. As products utilizing embedded devices are normally manufactured for years, there’s little need to be consistently upgrading the GPU used and as such AMD has only been releasing 1 embedded GPU per every other product cycle. Devices that require different GPUs are normally so small a fairly large embedded GPU doesn’t make sense, or so large that utilizing higher performing laptop/desktop parts makes more sense.  Thus embedded GPUs fill the niche for products that need value-desktop like performance with a GPU soldered right on to the rest of the motherboard. Consequently, because AMD releases an embedded GPU roughly once every year and a half, each release is a significant upgrade from the previous embedded GPU.

AMD (and ATI before it) have sold GPUs for embedded purposes for over 10 years, but until 2008 they largely sold the individual GPUs for integration directly onto a product, and completed cards (PCIe, MXM, etc) for larger devices. 2008 changed that with the introduction of the Radeon E2400, a multi-chip-module (MCM) suitable for integration that contained the GPU and VRAM (but no VRMs) on a single ball grid array (BGA) package. 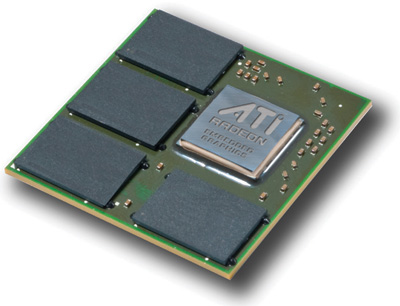 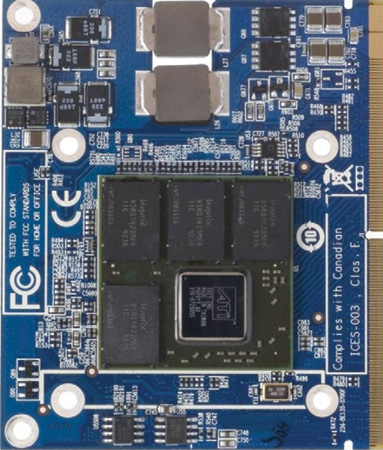 The significance of this is that a MCM is much easier for device makers to integrate into a product – they need only worry about the MCM package (and supplying power to it) as opposed to integrating a GPU and VRAM separately. In fact it’s the VRAM that makes the MCM package so significant for buyers, as they don’t need to track down approved GDDR memory years later; AMD sells the entire package directly through their distributors. 1st party sales also directly impacts product availability, as AMD’s embedded video cards are normally available for 5 years due to the long lifecycle of the products they’re used in. So the E2400, a relatively ancient product by modern standards will be available until 2013, while today’s E6760 would be available until 2016, making a self-contained MCM package all the more important.

So what are embedded video cards used in? As we noted before they’re not normally used in consumer devices (which have much shorter product cycles), rather they’re used in business environments where there’s a slow turnover in technology. This isn’t to say that they’re used for boring things however – in fact one of the most popular uses is still gaming. And by gaming, we mean gambling.

One of AMD’s principle markets for their embedded video cards are video gambling machines for casinos. It turns out that many of the same things that gamers find attractive are also attractive to gamblers: specifically complex and flashy graphics. Selling the casinos on this concept opened up a large market for higher end GPUs for AMD, as previously casinos would use low-end SoC-class hardware almost exclusively. This is also one of markets that makes the 5 year availability window so important for AMD, as gambling machines have strict regulatory requirement, and so device makers need to be able to acquire parts for a number of years as regularly approval for new parts is expensive and time consuming. 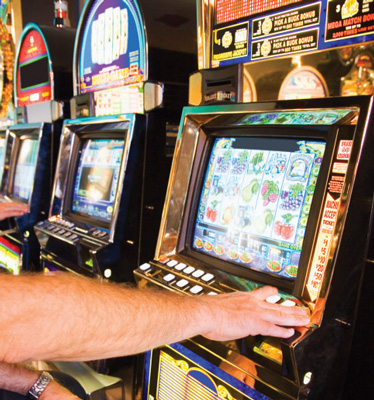 The other significant uses for AMD’s embedded video cards tend to not be as flashy, although still GPU-intensive. Image processing is a big market here, as advanced medical equipment (e.g. Ultrasound) and some air traffic control systems utilize these higher power GPUs. For AMD the fact that the E6760 is the first embedded video card to support DirectCompute/OpenCL is a particularly big deal for these markets – as we’ve already seen on the gaming side of things, some image processing algorithms are better executed on the compute side than the graphics side, so on top of the hardware improvements the E6760 brings, it potentially offers a major speedup in specific image processing scenarios. 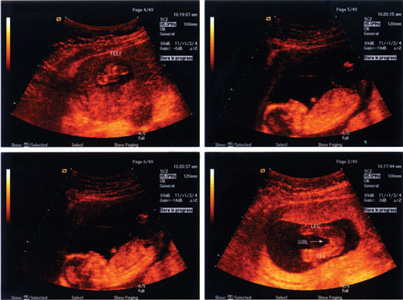 The final significant market for AMD’s embedded video cards is digital signage, interestingly enough. Here we’d be talking about things like as flight information screens and the ubiquitous (and annoying) digital advertising billboard. This has never struck us as a GPU intensive activity, but apparently in some cases it is. But for the E6760 though AMD has a more focused entry into the marketplace through Eyefinity. All 6 of Turks’ display controllers are enabled on the E6760, so it can be used to drive all of the Eyefinity configurations we’re accustomed to seeing with high-end GPUs, or alternatively driving 6 independent displays off of a single GPU versus 2 on the E4690. The E6760 still has the usual display interface limitations of AMD’s GPUs however, so those 6 display controllers are divided among 4 controllers for DisplayPort, and 2 controllers for DVI/HDMI/VGA/LVDS.

Finally, for those of you curious what other components embedded video cards are normally paired with, AMD opened up to us some on that. Given that the primary market for Turks is desktop/mobile x86 use, it should be no surprise that embedded video cards like the E6760 are mostly paired with x86 devices – AMD of course would love to sell you some of those too.  However it can be paired with other architectures when buyers/3rd parties are willing to put in some work on writing their own drivers. The military often pairs their equipment with PowerPC, and with AMD’s open source Linux drivers it’s technically possible to pair it with a number of different architectures under specific circumstances once those drivers catch up with the hardware.