Confidence is built upon credibility, something Apple really earned thanks to the first iPod. Apple gained the mainstream credibility to introduce a product, say it's going to be the best thing ever, and have customers give it the benefit of the doubt.

Credibility is a finite good however. Promise the world and deliver beans instead too many times and you'll find yourself back to square one. Luckily for Apple, that hasn't happened yet.

The iPod gave Apple credibility, but Mac OS X, Mac hardware and eventually the iPhone all made deposits in that bank. That's not to say that Apple devices are flawless, but the company has won the confidence of a huge part of the market.

The road to the iPad announcement was riddled with rumors and unsubstantiated claims of what the Apple tablet would do. It was to be the replacement for everything from cable TV to netbooks. Hype is a difficult thing to control, but in the case of the iPad, the market's expectations were beyond unrealistic.

The hopeful child in all of us wanted to believe. We wanted to believe that Apple would introduce something truly revolutionary, something that would let us do anything we ever wanted to do. We just didn't know what that was, but we believed that there was a slight chance Apple might make it happen.

What followed on January 27, 2010, the day of the iPad announcement, was a collection of excitement, disappointment and confusion. 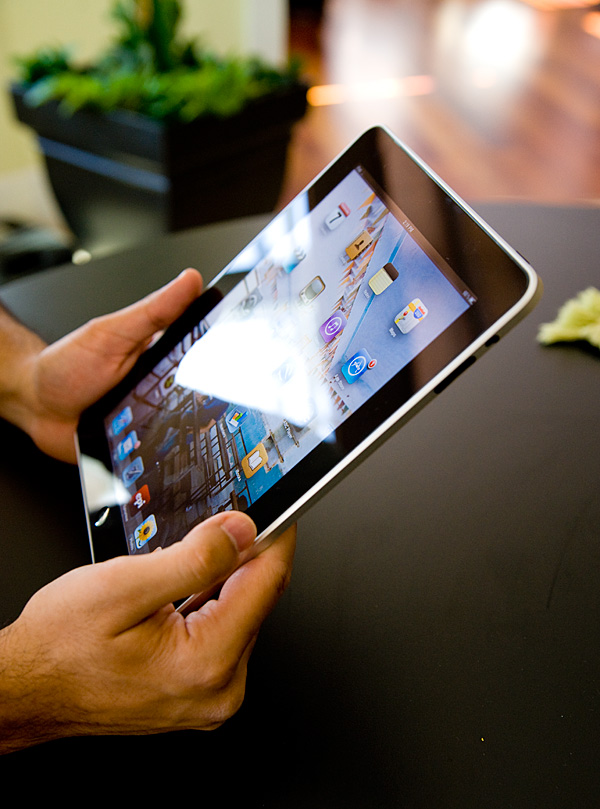 I do have to place some (a lot?) of the blame on Apple. By saying nothing, confirming nothing (short of threatening law suits) Apple let the hype get carried away. And I'm not totally convinced that Apple itself wasn't behind some of the leaks in order to generate free marketing for this device. The worst? Jobs calling the iPad magical. If the device was shipping today with no ergonomics issues, no slowdowns, no crashes and with a full list of heavy hitter apps (real ones, not just ones that showed us what the iPad could do in the future), then I'd call it magical. You can't call something magical if it just promises magic at some point in the future. Well, you can, but then you'll anger a lot of people who oppose to such liberal use of language.

You have to hand it to Apple PR though. Through careful planning and seeding of review units, it managed to end up in all of the right hands a few days prior to its launch.

It had been on every single late night talk show in the span of a couple days. It even made it to the grammys earlier this year. Folks looking to catch a break would kill for the sort of free publicity apples iPad has received. It has celebrity status without even adopting any orphans.

And like a celebrity, the iPad is very polarizing.

The iPad, even moreso than the iPhone, is not the end all, be all universal device for everyone. In fact, unlike the iPhone, it doesn't replace any existing device in your life. It's an addition. There are things it does beautifully, things it does ok, and things it just plain can’t do. Today, I'll try to take you through all of that as best I can.