Apple iPad: The FCC Dissects it So We Don't Have To

The FCC recently published photos of the internals of Apple's upcoming iPad due to be released tomorrow. In the original FCC document all of the chips in the device were covered with grey boxes, a little bit of Photoshop revealed what we wanted to see. 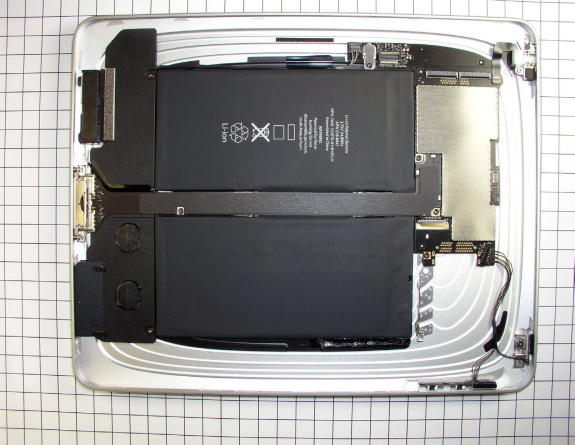 The initial details aren't all that surprising. The iPad is mostly screen and battery, the motherboard itself appears to be smartphone sized.  The bulk of the cost of this device is in the display and the casing, which means Apple is making a killing off each device sold.  It makes sense given that Apple had little interest in selling low margin netbooks, but this is a different story entirely.

The Apple A4 CPU you see above is bordered by a pair of Toshiba NAND flash chips.  The ARM markings on the A4 should put to rest any rumors that this chip wasn't ARM based.  We also see the same Broadcom I/O controller used on the iPhone/iPod Touch. 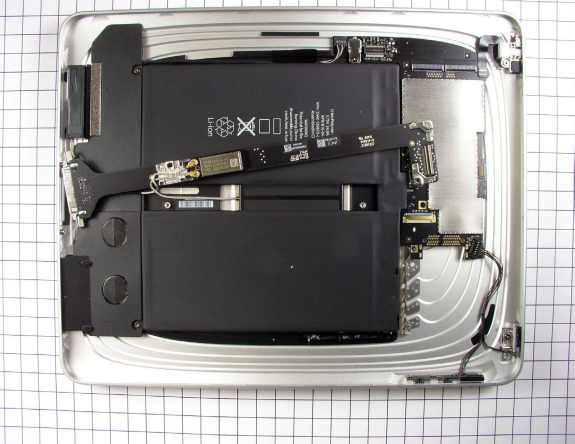 Click to Enlarge
That little strip above (more pics of it in the gallery) has the WiFi and Bluetooth Radios.  We're also guessing that's where the 3G radio will go when the 3G enabled iPads ship later this month.
Gallery: Apple iPad Dissected

We're expecting the arrival of our iPad tomorrow, but luckily with the FCC's documents published we don't have to risk destroying ours to have a peek at the inside.  More details coming!