Sapphire was the talk of E3 with their “ Nano-Cooler” liquid metal demonstration. Aside from the fact that NanoCoolers require no moving parts to work, the relatively small packaging just continues to sweeten the deal. In the image below, the X850XT uses two fans to cool the heat exchanger, but the final product will only need one.

The heatpipes – filled with the liquid metal alloy – were warm to the touch, but not searing hot like traditional heatpipes. The final product will also use a reduced electronics package, since the bulk of the electronics featured in this shot are actually for the prototype fans. 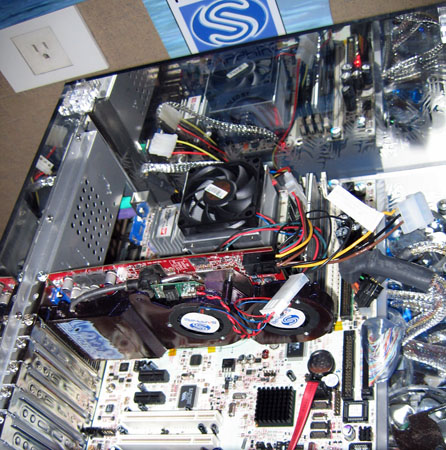 RD400 ( Xpress 200 Crossfire for Intel) was also on display. Most of the ATI partners had some demonstrations of RD480, but very few had RD400. 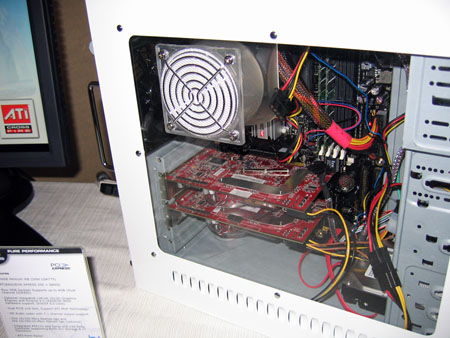