Moving onto multi-threaded SPEC CPU 2017 results, these are the same workloads as on the single-threaded test (we purposefully avoid Speed variants of the workloads in ST tests). The key to performance here is not only microarchitecture or core count, but the overall power efficiency of the system and the levels of performance we can fit into the thermal envelope of the device we’re testing.

It’s to be noted that among the four chips I put into the graph, the i9-11980HK is the only one at a 45W TDP, while the AMD competition lands in at 35W, and the i7-1185G7 comes at a lower 28W. The test takes several hours of runtime (6 hours for this TGL-H SKU) and is under constant full load, so lower duration boost mechanisms don’t come into play here. 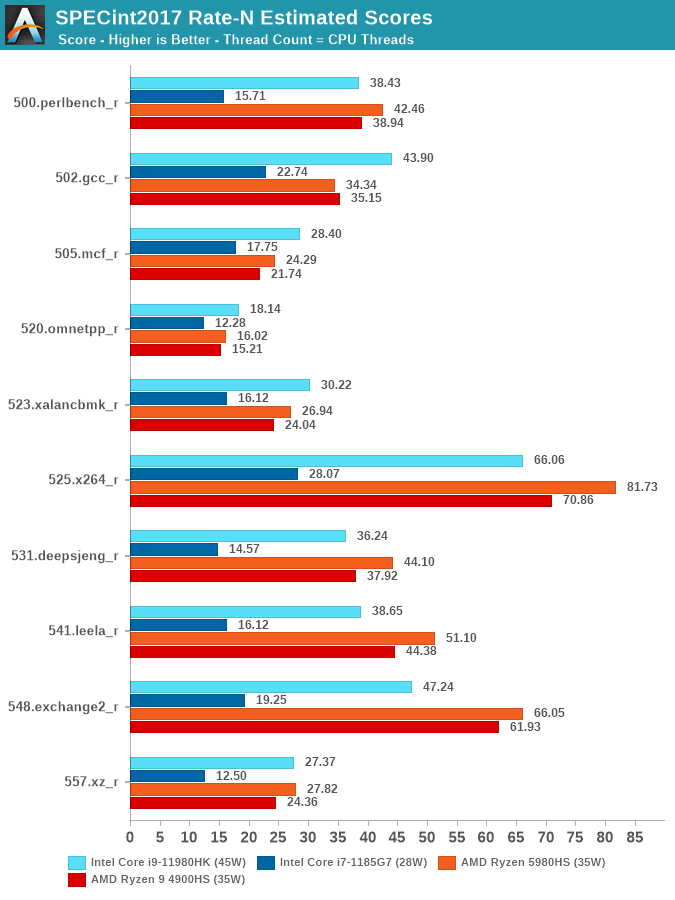 Generally as expected, the 8-core TGL-H chip leaves the 4-core TGL-U sibling in the dust, in many cases showcasing well over double the performance. The i9-11980HK also fares extremely well against the AMD competition in workloads which are more DRAM or cache heavy, however falls behind in other workloads which are more core-local and execution throughput bound. Generally that’d be a fair even battle argument between the designs, if it weren’t for the fact that the AMD systems are running at 23% lower TDPs. 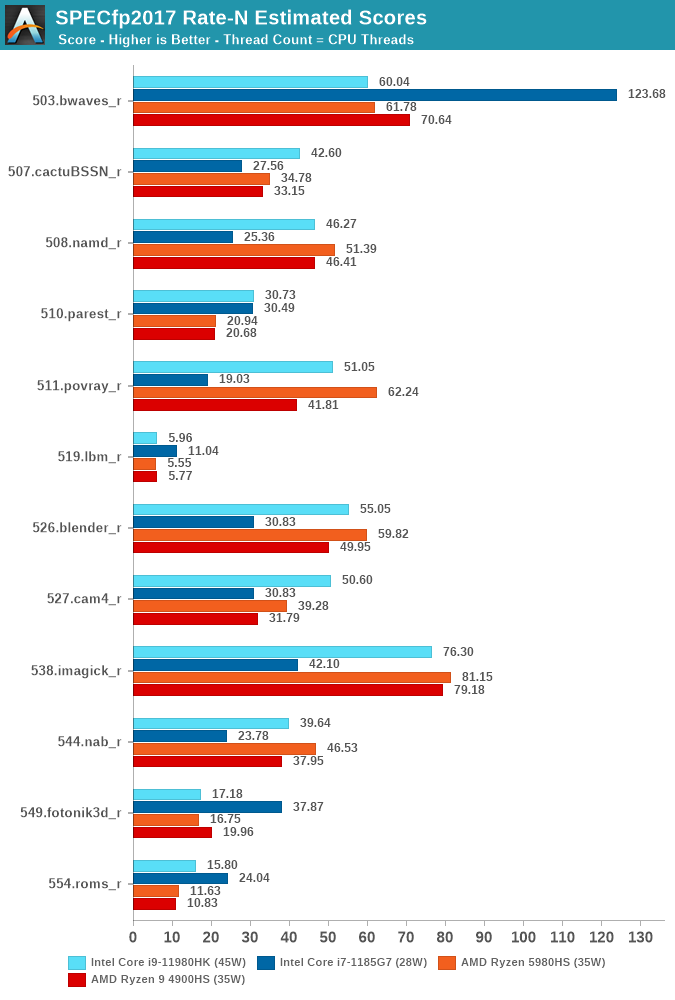 In the floating-point multi-threaded suite, we again see a similar competitive scenario where the TGL-H system battles against the best Cezanne and Renoir chips.

What’s rather odd here in the results is 503.bwaves_r and 549.fotonik_r which perform far below the numbers which we were able to measure on the TGL-U system. I think what’s happening here is that we’re hitting DRAM memory-level parallelism limits, with the smaller TGL-U system and its 8x16b LPDDR4 channel memory configuration allowing for more parallel transactions as the 2x64b DDR4 channels on the TGL-H system. 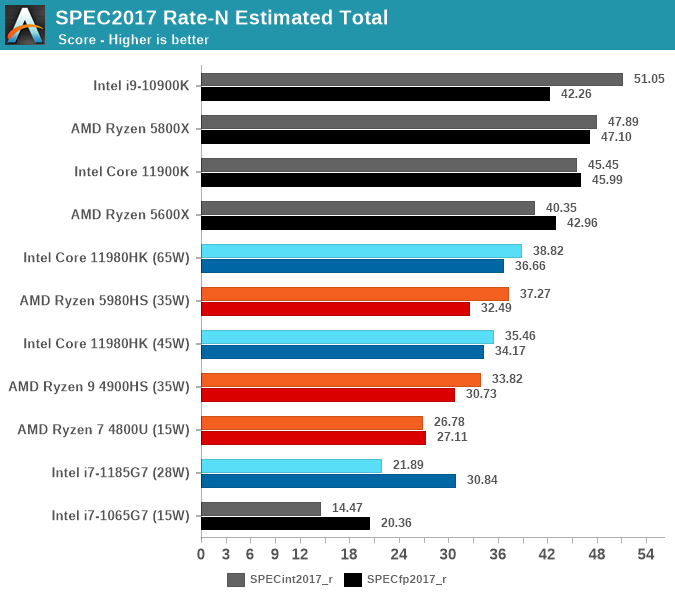 In terms of the overall performance, the 45W 11980HK actually ends up losing to AMD’s Ryzen 5980HS even with 10W more TDP headroom, at least in the integer suite.

We also had initially run the suite in 65W mode, the results here aren’t very good at all, especially when comparing it to the 45W results. For +40-44% TDP, the i9-11980HK in Intel’s reference laptop only performs +9.4% better. It’s likely here that this is due to the aforementioned heavy thermal throttling the system has to fall to, with long periods of time at 35W state, which pulls down the performance well below the expected figures. I have to be explicit here that these 65W results are not representative of the full real 65W performance capabilities of the 11980HK – just that of this particular thermal solution within this Intel reference design.