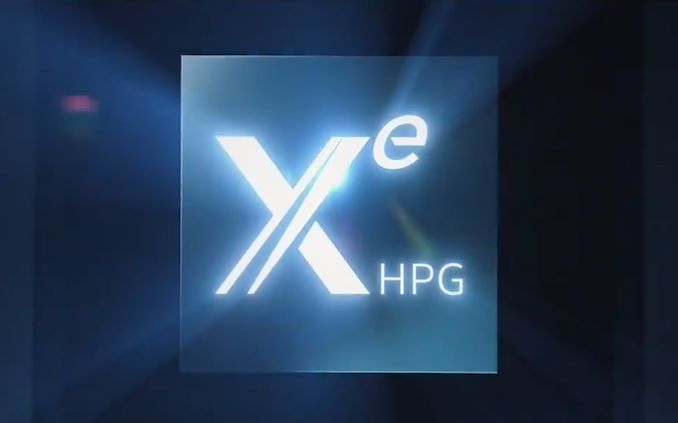 With the launch of their first-iteration Xe-LP architecture now firmly in the proverbial rearview mirror, Intel’s GPU division has turned its sights towards its next consumer-focused GPU architecture, Xe-HPG. Today the company has posted a very light teaser video advertising the forthcoming architecture.

The brief, 30 second promotional video highlights how Xe-HPG is built on top of Intel’s current Xe-LP architecture. And while there aren’t any concrete technical details disclosed within the otherwise abstract video, it’s notable that the video does briefly show 5 layers of blocks on the Xe-HPG chip. Assuming for the moment that Intel isn’t being quite literal here – a 5 layer GPU would be extravagant and hard to cool, to say the least – it’s more likely an allusion to the number of Execution Units (EUs) or some other aspect of the architecture.

Finally, the video also includes a short block of binary text as a further game for the audience to play.

For the moment we don’t have a solid idea of what it means. But no doubt someone will figure it out before too long.

Otherwise, this will no doubt be the first of many teasers for Xe-HPG. While Intel hasn’t provided a more recent roadmap for chips based on the architecture, the company previously announced in 2020 that they were aiming for a 2021 launch. And with the first DG2 chip already in the labs as of October, we know that Intel is well underway in bringing up Xe-HPG silicon.

Update (03/19): Sharp-eyed sleuths have since solved the binary code mystery. As it turns out, the digits are for an IPv4 address, which leads to https://xehpg.intel.com/. According to Intel's page, a scavenger hunt is starting on the 26th, so it looks like Intel will have some additional games for audiences to play.