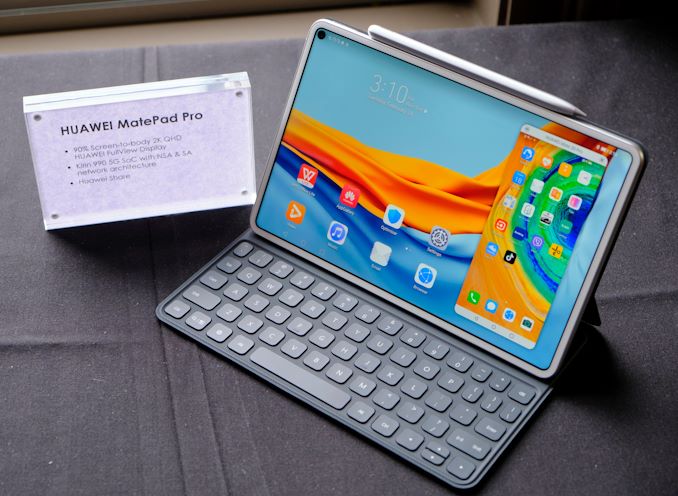 Today Huawei is announcing the launch of its newest high-end tablet: The MatePad Pro 5G. The device isn’t exactly a new product as the company had launched the 4G version in China back in November, but it is now also launching in the western markets as 5G variant and we’ve had some hands-on experience with the new unit. 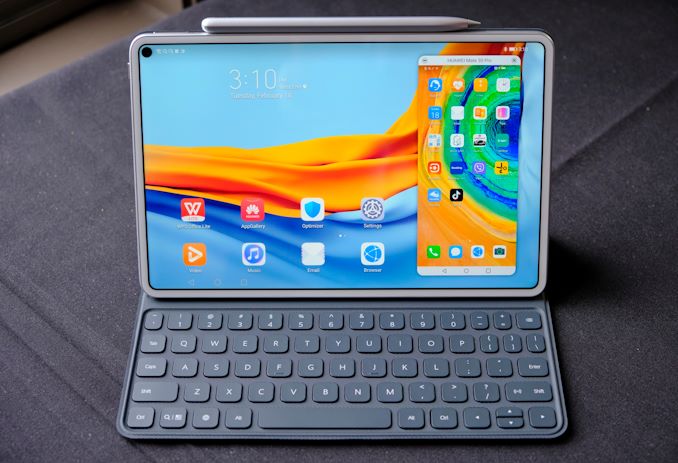 The Android tablet space has been relatively lacklustre over the last several years. The two only vendors who really are still trying to bring out new premium models are Samsung and Huawei, and Samsung has the tendency to skimp out on the internal hardware of its tablets, most of the time using last generation SoCs rather than employing the latest and greatest.

Huawei’s approach with the new MatePad Pro here is different, as the company is opting for the best hardware the company can integrate. As such, the new MatePad Pro 5G comes with the company’s new Kirin 990 5G chipset, which isn’t just only an upgrade over the 4G variant of the Chinese models, but should also represent a significant lead over other high-end tablets in the market.

As noted, the MatePad Pro 5G comes with the new Kirin 990 5G chipset which gives it sufficient oomph to power even the latest applications with ease.

We have yet to get the full specifications of the western device configurations, but if the Chinese variant of the MatePad Pro are any indicator of what to expect, then we should see 6 or 8GB RAM configurations along with options of 128, 256 and 512GB storage. 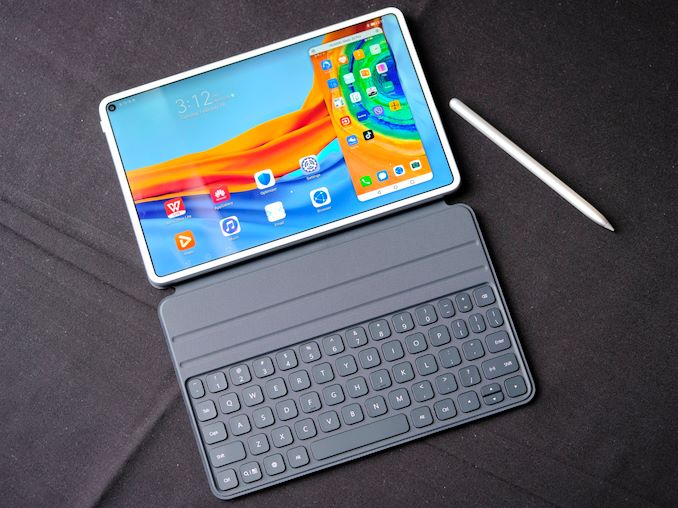 The MatePad Pro is defined by a 10.8” AMOLED screen coming in with a resolution of 2560 x 1600. In our hands-on with the device, we noted excellent picture quality, and the viewing experience on the tablet is really defined by the very narrow bezels, currently the smallest of any tablet on the market coming in at 4.9mm.

Huawei is launching the MatePad Pro with two main accessories: The keyboard case, as well as the pencil. 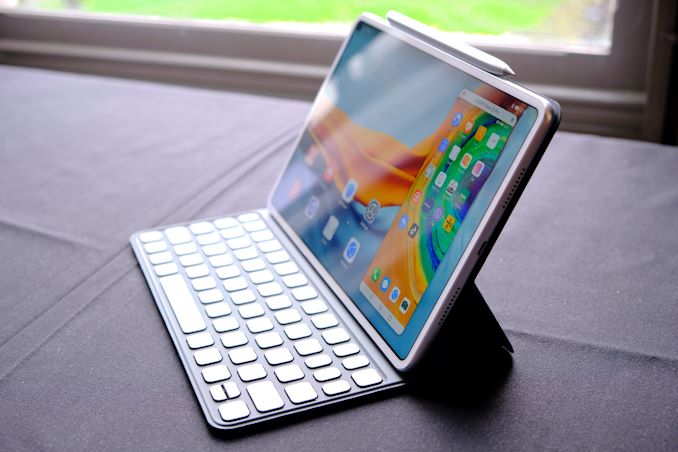 The keyboard case is a relatively straightforward accessory and allows you for fast typing on the tablet. The case is fully magnetic in its design and latches onto the back of the MatePad Pro. The keyboard case has the ability to rest the tablet in a vertical position at two fixed angles. Key input was relatively ok on the unit, however I’m not too convinced of such form-factors given that there’s no proper way to rest your palms while typing so I don’t think it’s fit for a proper productivity environment, such as say Microsoft’s Surface keyboards. 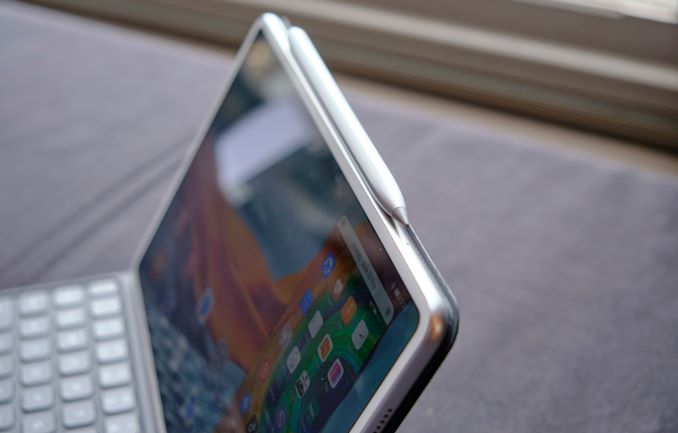 There’s also a pencil accessory which pretty much works as you’d expect. The M-Pencil charges wirelessly and is attached magnetically to the top side of the MatePad Pro, with total battery life of up to 10h and charging times of 1h to full capacity, or 30s charging for 10 minutes of usage. Huawei advertises very low latency input lag of as low as 20ms and pressure sensitivity of up to 4096 levels.

Both the keyboard case and the M-Pencil are separately bought accessories for the MatePad Pro.

The device comes with a quad speaker setup, which is again something quite rare in the Android tablet market. 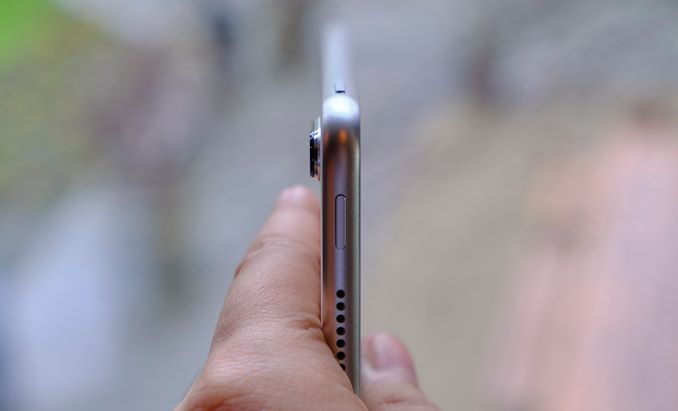 I quite really enjoyed the ergonomics of the MatePad Pro and I think it’s amongst the best tablet designs on the market right now. The rounded corners were very comfortable to hold, and Huawei says it has improved its software touch rejection to avoid accidental touches on the new narrow bezel design. 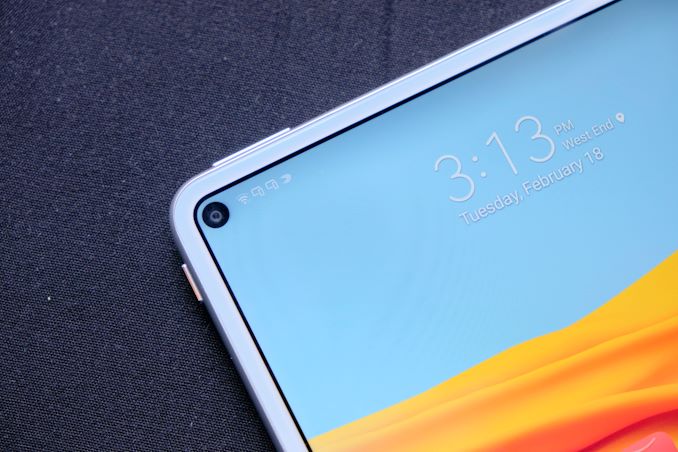 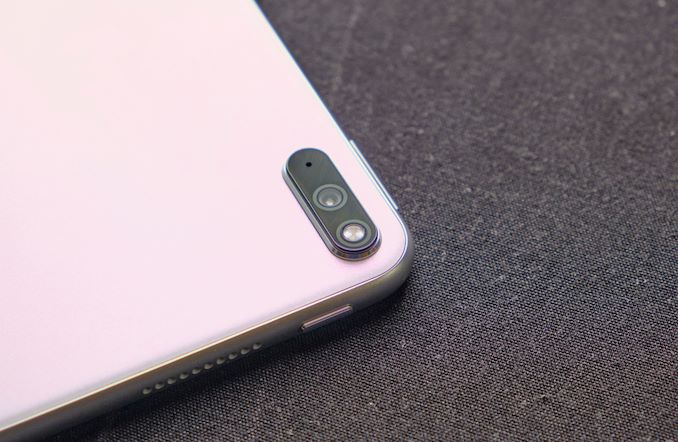 In terms of cameras, we see a front-facing 8MP unit integrated into the screen via a hole-punch design, while the rear unit is a 13MP module integrated into a more classical design alongside a microphone and flash. 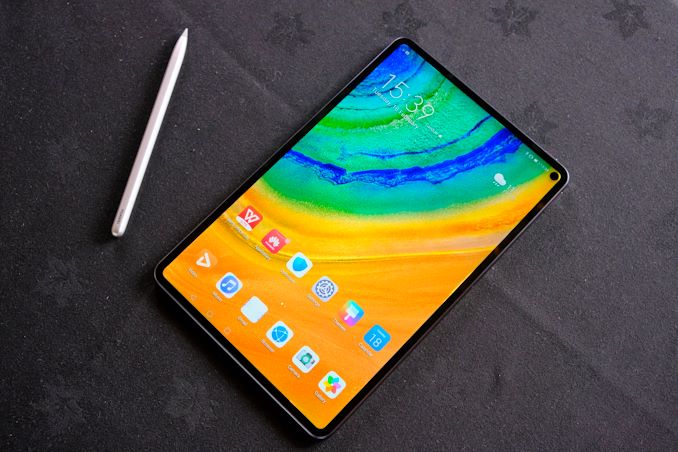 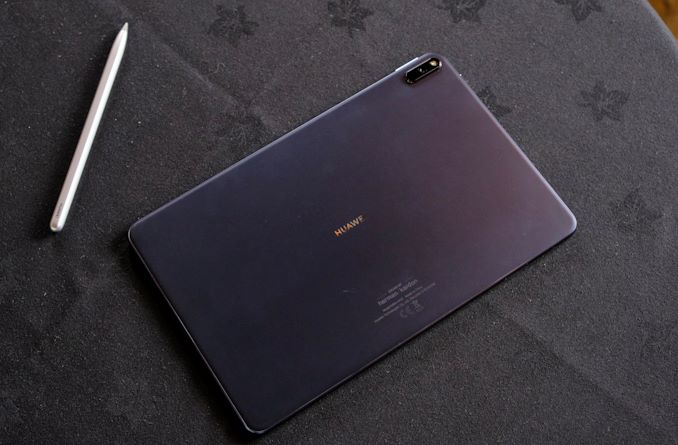 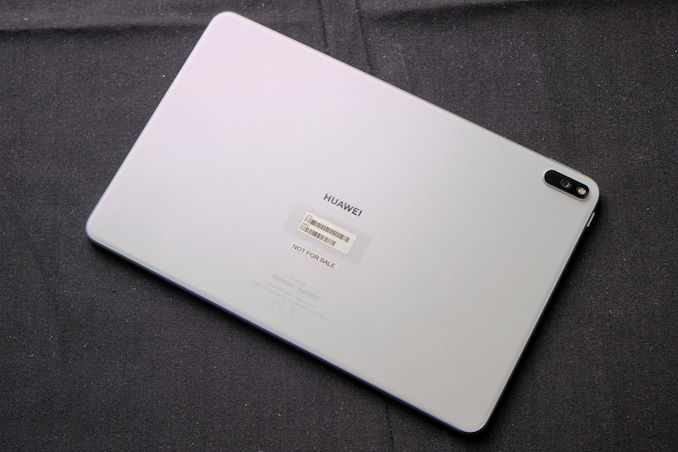 The MatePad Pro 5G looks to have excellent hardware specifications, but of course the device’s success isn’t only about hardware, but also software. Huawei’s ban on using Android and Google services still is a major handicap for the company’s devices in western markets, and will undoubtedly make this a much less attractive purchase. Huawei is investing a lot of money and resources into bringing the alternative HMS (Huawei Mobile Services) to market, and they claim we’ll be seeing the first products this year, and products such as the MatePad Pro will be receiving updates as well.

WiFi and LTE versions of the MatePad Pro start at 549 and 599€ and will be available in April, while the 5G variant starts at 799€ with availability depending on markets.