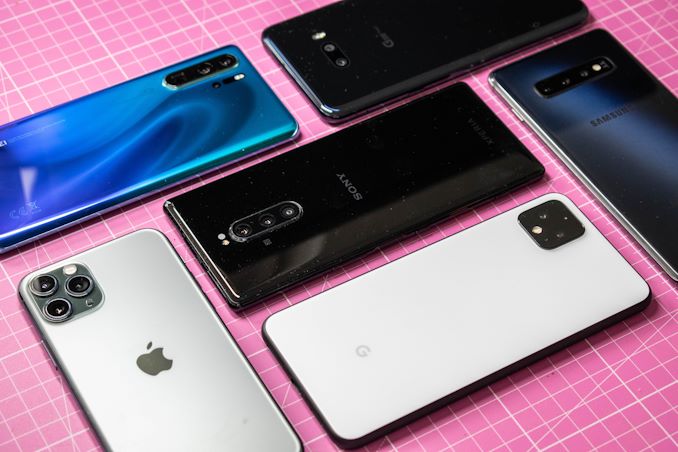 2019 is coming to an end, and it’s time again to look back at what the industry has brought us. This year, we saw a lot of hardware improvements from all the various vendors, with a big focus on bringing out new distinctive designs. We’ve seen some exotic devices in the form of foldable phones for the first time ever, and even some more traditional designs dared to implement design cues such as mechanical pop-out cameras. While designs were sometimes the main differentiating factors, most of the time the key selling points of 2019 devices were big upgrades in their camera capabilities. Here we’ve seen huge leaps from almost all the vendors, and the year definitely will be remembered mainly for the innovations in photography.

Triple Cameras Become A Must-Have in 2019

Undoubtedly the biggest trend in 2019 devices, affecting both design as well as features, has been the standardisation of triple-camera setups. A trend started in 2018 by Huawei, it’s essentially become a main-stay of almost every flagship device in 2019, and a must-have for any phone which takes photography seriously. The feature is now so widespread that we’ve even seen it trickle down to the mid-range, and even sometimes lower end devices. 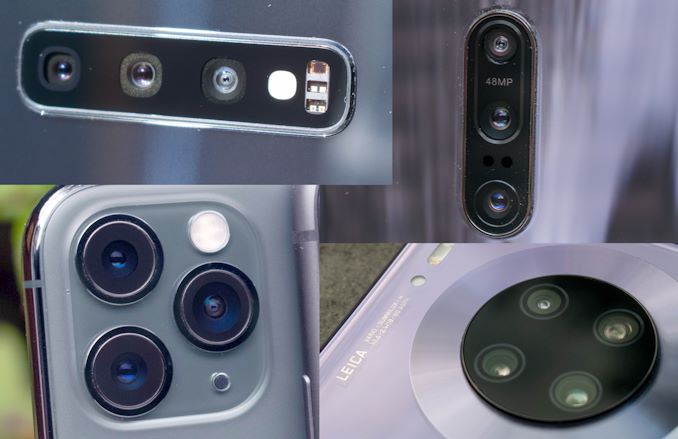 In most cases, the new module being added to the camera array was the ultra-wide-angle unit. The UWA isn’t exactly a new innovation; LG was the first in the industry to employ it several years ago, and Huawei last year perfected it in the Mate 20 and 20 Pro by dramatically raising the bar in terms of picture quality.

The adoption of the UWA by Samsung, Apple, OPPO, OnePlus, Sony, Xiaomi and many others means that the new camera perspective is ubiquitous for almost all 2019 devices, and it’s a fantastic addition to the capture experience not only for still pictures, but also for video recording.

We’ve also seen some innovations on the telephoto modules by some vendors. Huawei and OPPO here are the two main vendors who attempted to differentiate themselves through implementing high level optical magnification in their units. This was mainly achieved by using a more innovative right-angled orientation of the camera sensor inside of the body of the phone, viewing the outside world through the help of a mirror prism. The system does work very well to achieve high magnification levels, however the limitation of the sensor size as well as the very small aperture of the optics systems generally results in lesser picture quality in terms of exposures or dynamic range, to the point that I found these systems to be more or less just simple gimmicks, rather than practical competitors more traditional optical 3x magnification modules.

The very first IMX586 device we’ve reviewed this year was the Honor View20 in January. Following that, we’ve seen a stupendous number of smartphones employing Sony’s new sensor. It’s been employed by Honor in many more product ranges, it’s the sensor powering Xiaomi’s flagship devices, OnePlus’s 7-series uses the new sensor, OPPO features it in their Reno devices, ASUS has it as the main sensor for their Zenfone 6 and ROG Phone II, and it’s used in a plethora of other devices from Realme, Lenovo, Samsung, Vivo, Nubia, and others.

I don’t think we’ve ever seen a single camera sensor have so much design wins in the industry as the number of phones featuring it is pretty absurd. Whilst the IMX586 isn’t the first modern high-megapixel mobile sensor, that title still goes to Huawei’s exclusive 40MP units introduced last year with the P20’s, it’s been the sensor that has popularized the new sensor technology for the mass-market. (Yes the Nokia 808's sensor was technically first; but with very different technology and no adoption)

Sony here has triggered a new trend, and frankly I’m not sure it’s based as much on technical merit rather than the marketing power of the 48MP figure. As we’ve seen in numerous reviews this year, phones with the quad-Bayer high-MP module didn’t necessarily perform any better than more traditional lower resolution Bayer sensors. In fact, it seems a key selling point of the IMX586 was that it wasn’t necessarily a high-end sensor, and was thus cheaper to produce and sell to vendors, hence its popularity across a wide range of phones at different price-points.

For 2020, it seems that Samsung LSI is aiming to disrupt the high-MP camera sensor market even more with their introduction of 64MP and 108MP sensors. The first devices with the new sensor generation have already been released, and I think the 108MP model featuring a new humongous 1/1.33” sensor size is very promising. It’s rumoured Samsung will be released their next-gen Galaxy-S with a sensor of this calibre, which will be very interesting to see how that pans out.

Computational photography has been one of the key innovation points of 2018 – it’s been mostly been pioneered by Huawei with the introduction of a tripod-less night mode in last year’s devices. Google was a quick follower with the introduction of Night Sight in the Pixel 3, but other than these two vendors, it still was a rather rare or inexistent aspect to photography for most devices.

2019 has now completely changed this around, and much like the new triple-camera setups, having computational photography modes exemplified by dedicated Night Mode has been a must for most vendors. The vastly improved computational processing power of new SoCs has made this possible for essentially all device vendors, however we’ve seen that software plays a much bigger role, and device vendors need to invest in a lot of R&D into enabling the features. 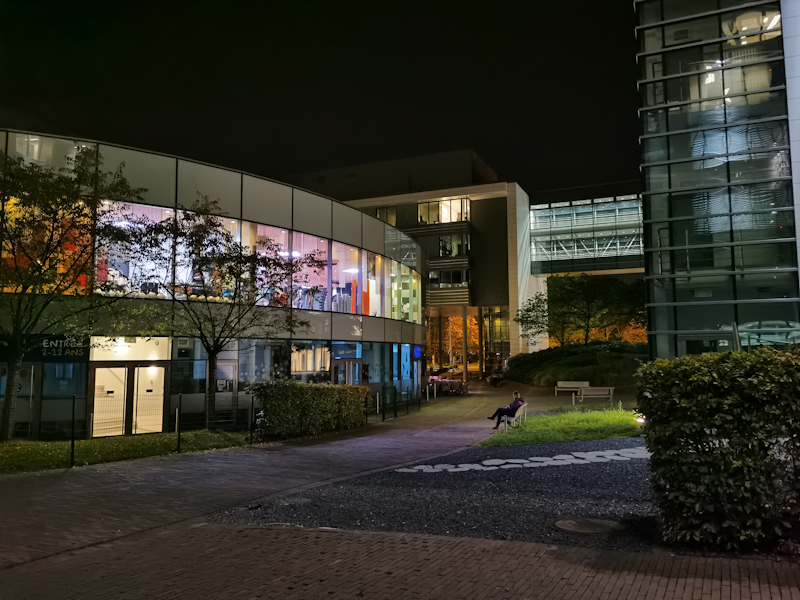 Samsung notably started the year with the release of the Galaxy S10 without such a mode, but was able to add it in a firmware update in May, continuously improving it over the course of the year, and also making it a key feature during the launch of the Note10 in August.

Other vendors are also hanging in there – the implementations here range from bad (Xiaomi), to excellent (OPPO). The software development aspect of the camera firmware and processing means that things are continuously changing, and a device reviewed earlier in the year most certainly won’t showcase the same results if it were to be tested now. This also puts a lot of pressure on vendors to be able to deliver a representative implementation early on as it’s rare for reviews to go back and be updated. Alongside always having the same environmental test conditions, this has been another key reason why I always re-test the complete device line-up, in order to have the most up-to-date comparisons between devices for each new review, so make sure to always check out the newest pieces even if it’s about some other device that might not interest you.