What is perhaps most striking about the new 15-inch Surface Laptop 3 is just how much it mirrors the smaller model. It keeps the striking lines, sharp edges, and thin dimensions of the original 13.5-inch model. It’s an iterative design, but iterative from a design that was already a great looking laptop. Microsoft offers a thicker, heavier, but more powerful laptop in the Surface Book range, but for those that prefer the larger display size, but still like a thin and light, more traditional laptop, this should be a welcome addition to the lineup. 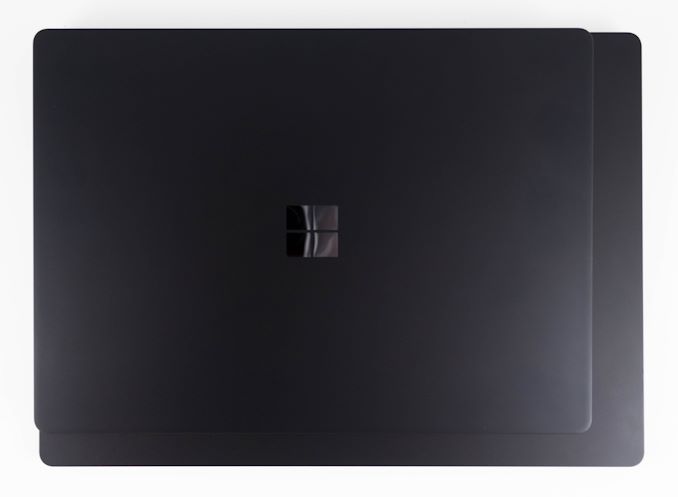 Microsoft doesn’t offer the thinnest display bezels in the industry here, but the extra vertical space from their 3:2 aspect ratio really adds a lot of display real estate, and the display bezels are well-matched on all sides. Some of the thinnest display bezels on the market provide thin sides, a somewhat thicker top, and often a pretty large chin on the bottom, but the Surface Laptop 3 is perfectly proportioned. The extra height at the top also provides room for the Windows Hello IR camera, along with a 720p webcam.

Opening the laptop up takes just a single finger, which was one of the design requirements by the Surface team, and the hinge is incredibly smooth. Despite the light opening force, it still works well with touch too, with some wobble that is to be expected, but not an excessive amount. The opening weight is individually tuned on every single Surface laptop, with a robot on the production line that measures the opening force required on every single device and changes the magnets which hold the display down to adjust the opening pressure. This may sound excessive, but it results in a perfect feel when opening. In order to open the device, the Surface team has not added a scalloped opening for your finger either, since that would break up the lines of the device. Instead, they’ve given the top a miniscule amount of overhang, providing just enough area to let your finger grab it without issue. The Surface Laptop doesn’t offer any of the convertible functionality of literally every other Surface PC, but it is areas like this where the choice to keep this as a more traditional laptop pays dividends. 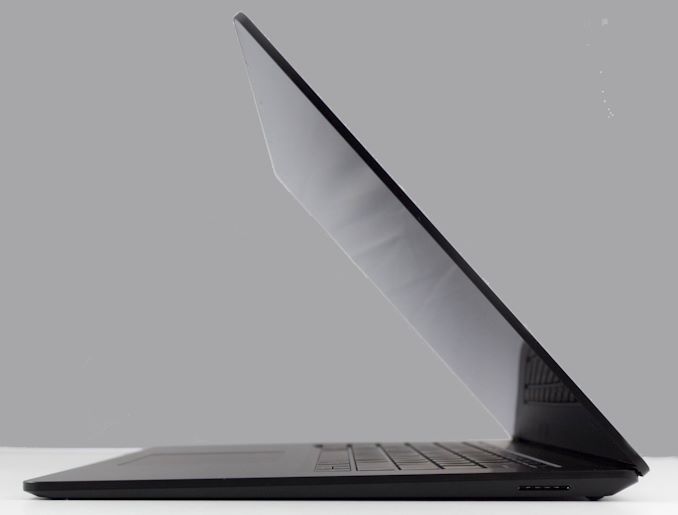 The weight balance of the Surface Laptop 3 is also spectacular, despite the newer 15-inch model adding dimensions. The 3:2 aspect ratio helps Microsoft here again, squaring up the design compared to the typical 16:9 laptop, so hanging onto it on the side doesn’t quite have the leverage of a wider device. And, despite the larger size, the 15-inch laptop is still incredibly light in the hand, weighing just 3.4 lbs / 1.54 kg, which is only about 0.5 lbs / 250 grams heavier than the 13.5-inch model.

Microsoft has adjusted the keyboard slightly on the Surface Laptop 3, offering a slightly shallower throw, but firming up the keys, while at the same time tuning down the noise as well. Microsoft’s Surface lineup has some of the best keyboards around, and the new Laptop 3 certainly keeps that tradition going. The new key feel is great. The black keys on the review unit also offer great contrast with the white backlighting, which can be adjusted to three levels, meaning it can just be left on all the time, unlike the platinum model which can cause wash-out on the keys if the backlighting is on in a bright environment.

The trackpad on the new Surface Laptop 3 is generously sized, dwarfing the trackpad found on the 15-inch Surface Book 2, but as tends to be the case on Surface devices, the trackpad works flawlessly, and the extra size doesn’t really get in the way when typing thanks to excellent palm rejection. 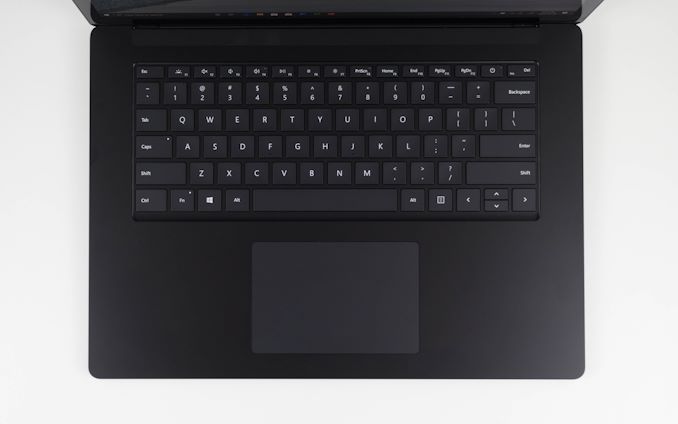 There’s still not a lot of connectivity on the Surface Laptop, but the addition of USB-C in place of the DisplayPort connector is a tremendous help. The previous model certainly felt constrained with just a single USB port. The lack of Thunderbolt 3 is unfortunate, but only in that it would allow a single cable to drive two UHD displays (the laptop can do it, now, but only in a clunky manner with USB and Surface Connect cables). Adding USB-C does help with travel though since you can charge the device with a USB-C charger, along with most phones. It is worth mentioning that it is great to see that Microsoft has continued to offer the older USB-A port, since most USB devices still use the old connector.

The Surface Laptop 3 is a gorgeous laptop, with beautiful lines, a thin and light frame, and some fantastic attention to detail by the Surface design team. The lack of Alcantara on the 15-inch model is somewhat of a shame, and hopefully they will provide it as an option in the future, since that was one of the unique features of the original device, and it felt great to use. Overall though, Microsoft has done a great job iterating the design of the 13.5-inch laptop and expanding it to the 15-inch form factor, keeping the weight down, the weight balance perfect, and keeping the design aesthetic of the previous model. The new USB-C port is sort of a “finally” moment, but adding it adds a lot of versatility to the device, including the ability to charge on the go without bringing the Surface Connect charger.