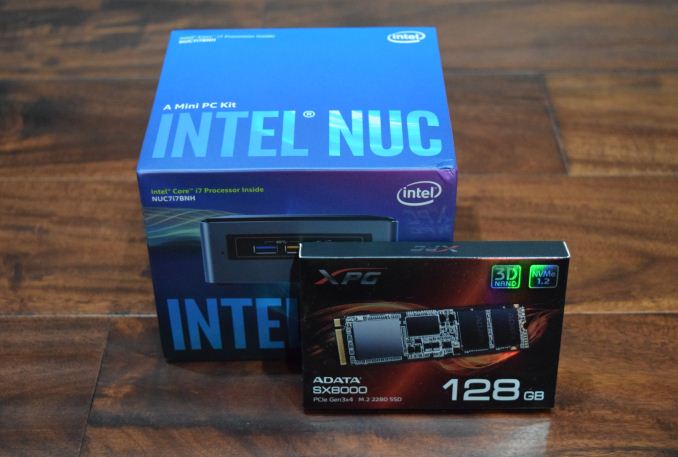 One of the consequences of the Meltdown and Spectre vulnerabilities, besides the immediate security concerns, is what it has meant for our ongoing testing and benchmarking operations. Along with accounting for the immediate performance changes from the required patches, we've also needed to look at how we present data and how we can (or can't) compare new patched systems to older unpatched systems. From an editorial perspective we need to ensure the continuity of our data as well as providing meaningful benchmark collections.

What we've found so far is that the impact of the Meltdown and Spectre patches varies with the workload and the type of test. Nate's GPU testing shrugs it off almost entirely, while Billy's SSD testing especially feels the pinch. In the middle of course are consumer system reviews, where workloads are more varied but also much more realistic and often more relevant as well. Of course, this is also the type hardware that we most often have to return when we're done, making it the most challenging to correct.

As everyone at AnandTech has been integrating the patches and updating their datasets in their own way, I wanted to offer some insight into what's going on for system testing. With several important systems set to launch in the first half of this year – particularly Intel's Hades Canyon – I've been going back and collecting updated results for use in those future reviews. In the process, I also wanted to document how performance has been impacted by these security patches and which benchmarks in particular have been affected.

The Intel Kaby Lake NUC (NUC7i7BNH) was used for all the benchmarks presented in this article. It was chosen for two reasons. Being a relatively new system that consumers can still purchase in the market, evaluating it presents data of particular relevance to readers. Intel was prompt in providing BIOS updates to resolve the Meltdown and Spectre issues compared to other OEMs whose systems I had in hand for evaluation. The NUC was configured with the following specifications:

While it will (eventually) be an uncommon configuration, right now a lot of systems are still only running OS patches without their associated microcode updates, as the latter is still being distributed. At the same time, because the microcode patches are primarily for Spectre – Meltdown fixes are implemented at an OS level – this allows us to see just how much of an impact the Spectre fixes have on top of the existing Meltdown fixes.

The completely unpatched system used Windows 10 version 16299.125 with BIOS v0054. As evident from the screenshot below, the system is susceptible to both Spectre and Meltdown. 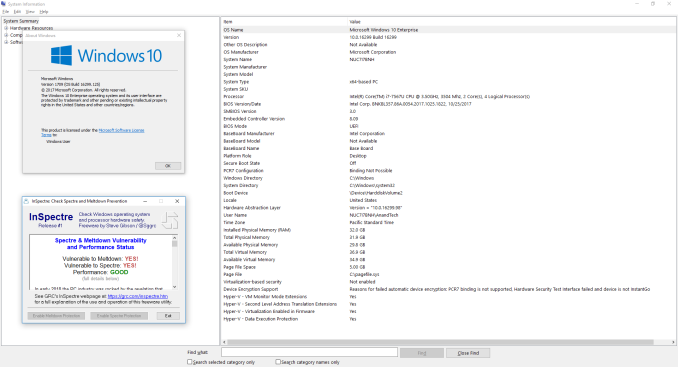 The second configuration was processed with Windows 10 version 16299.309 with BIOS v0060. The screenshot below shows that the system is protected against Meltdown, but, not Spectre. 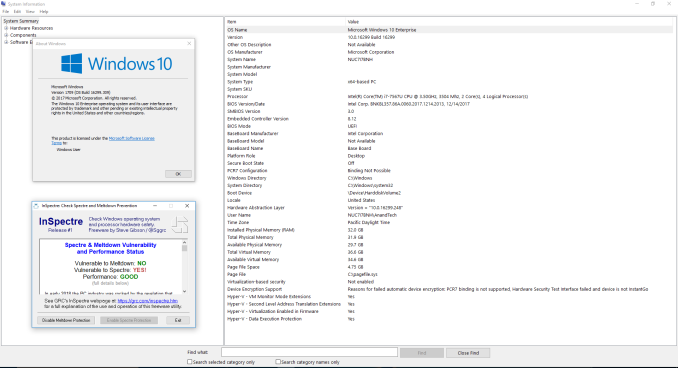 The final fully patched configuration was process with Windows 10 version 16299.214 and BIOS v0061. The current BIOS is v0062 (the one we used was available briefly before it was pulled to undergo additional QA for possible random restarts). This configuration shows full protection against both Meltdown and Spectre. 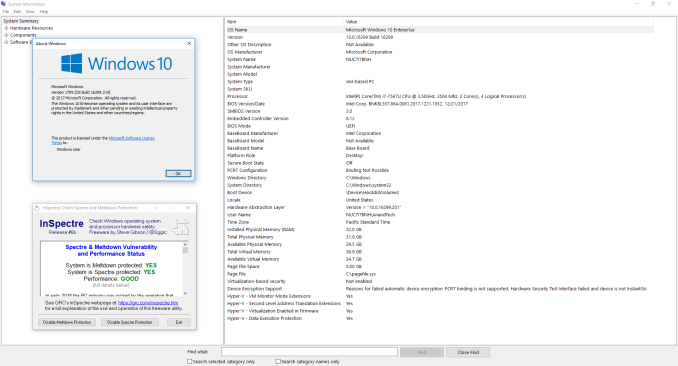 We used our standard test suite for low power desktops / industrial PCs in order to evaluate the impact of the patching on the performance of the system.