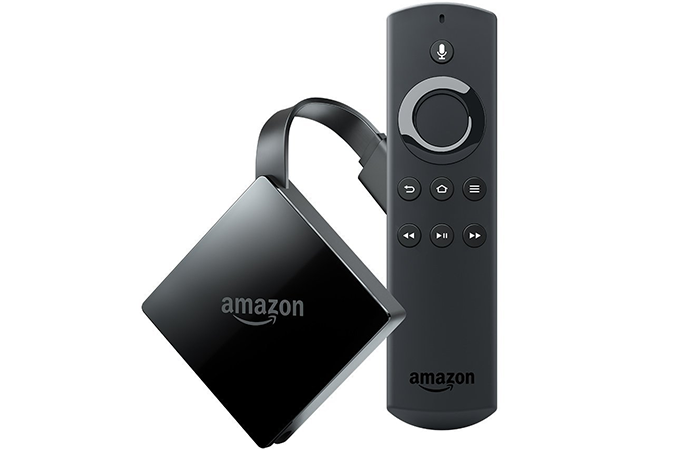 Amazon this week introduced its third-generation Fire TV streaming media player. The new TV appliance adds 4Kp60 decoding support with HDR along with Dolby Atmos, improving quality of video and audio playback. Besides, the third-generation Fire TV comes with the Alexa Voice Remote, making it easier to use various services using voice control. This time Amazon decided not to release a gaming version of the device, indicating that this type of entertainment is not going to be a primary purpose of the device.

Amazon redesigned the third-generation Fire TV STB quite significantly when compared to the first- and second-gen units. The company wanted to make the new product as small as possible and has actually succeeded in doing so by nearly halving the dimensions of the 2nd gen Fire TV. In a bid to reduce the form-factor, Amazon had to remove integrated Ethernet port, microSD card reader and USB 2.0 Type-A connector. The move somewhat reduces functionality of the new STB because now it cannot be used to watch content from microSD cards and USB drives. Meanwhile, when it comes to wireless connectivity, the new Fire TV has all the same features as the predecessor: it has a 802.11ac with 2×2 MIMO Wi-Fi controller and supports Bluetooth 4.1.

Besides the aforementioned external changes, there are major internal changes as well. Amazon picked up the Amlogic S905Z SoC for the 3rd gen Fire TV. The chip integrates four ARM Cortex-A53 general-purpose cores as well as a triple-cluster ARM Mali450 graphics engine. The SoC decoding H.265 Main 10 Profile Level 5.0 with HDR10 as well as VP9 Profile 2 with HDR10. In addition, the S905Z supports Dolby Atmos (EC3_JOC) audio. In any case, the addition of 4K at 60 Hz, HDR10 and Dolby Atmos looks like a major upgrade for the Fire TV, which will enable higher video playback quality compared to predecessors on appropriate 4K HDR TVs.

In fact, 4Kp60 video decoding, HDR10, Dolby Atmos support and cost were probably among the main reasons why Amazon decided to choose the Amlogic S905Z SoC. The latter is slower than the MediaTek MT8173C found in the 2nd gen Fire TV both in terms of general purpose and graphics performance since the MediaTek chip has two high-end Cortex-A72 cores running at nearly 2 GHz and a newer PowerVR GX6250 graphics engine. By contrast, the S905Z features four low-power Cortex-A53 cores and the Mali450 MP3 GPU based on a 2012 architecture. The choice of SoC also affected positioning of the new Fire TV: Amazon no longer positions it as a medial player and a small form-factor game console, thus, it does not offer a version bundled with a gamepad. Of course, the device will run certain casual games for Fire OS, but do not expect it to show beautiful 3D graphics, especially in a 4K resolution. 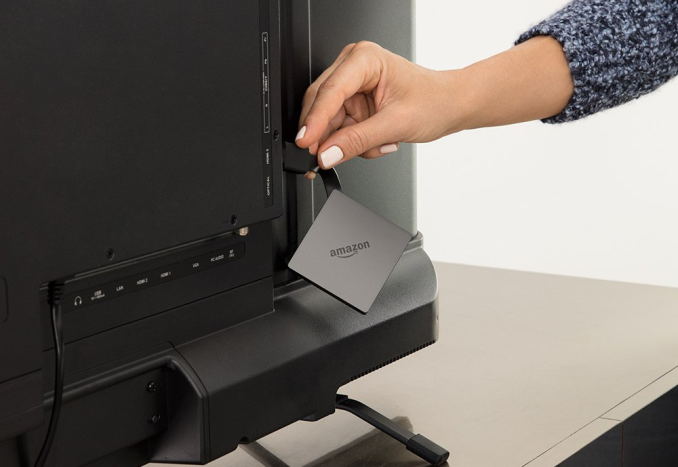 There are some other things to note about the 3rd gen Fire TV besides the new Amlogic S905Z SoC. The new unit only supports decoding H.264, H.265, and VP9 video, as support for H.263, VP8, and MPEG4 were removed. This may not be a major problem though. The new STB does not have any external connectors and therefore it is impossible to watch content from cards or USB drives, whereas major services rely mostly on H.264, H.265, and VP9 technologies.

Amazon has begun to take pre-orders on the new Fire TV. The unit costs $69.99 if bought separately and $79.99 when acquired with an Amazon Echo Dot.